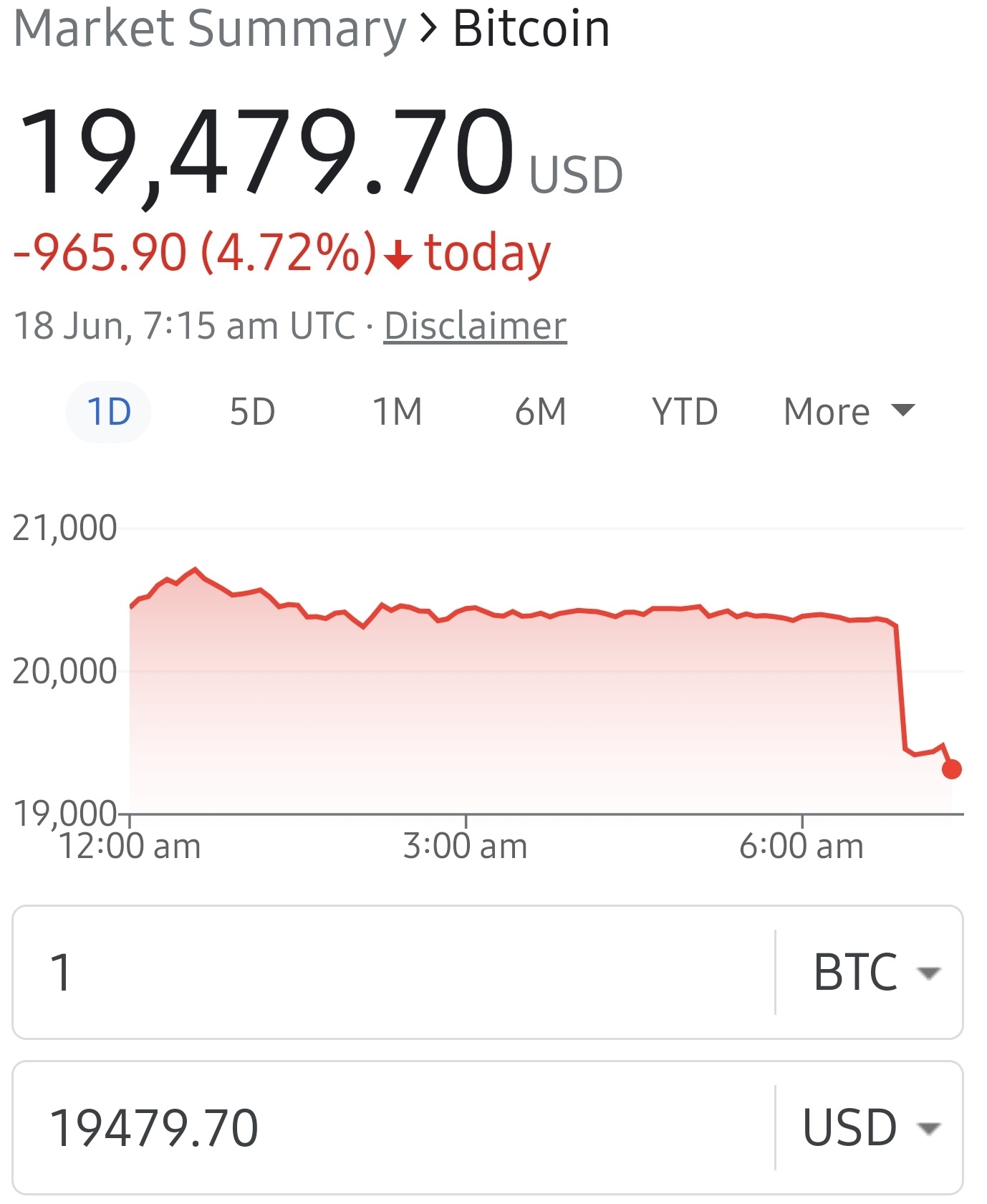 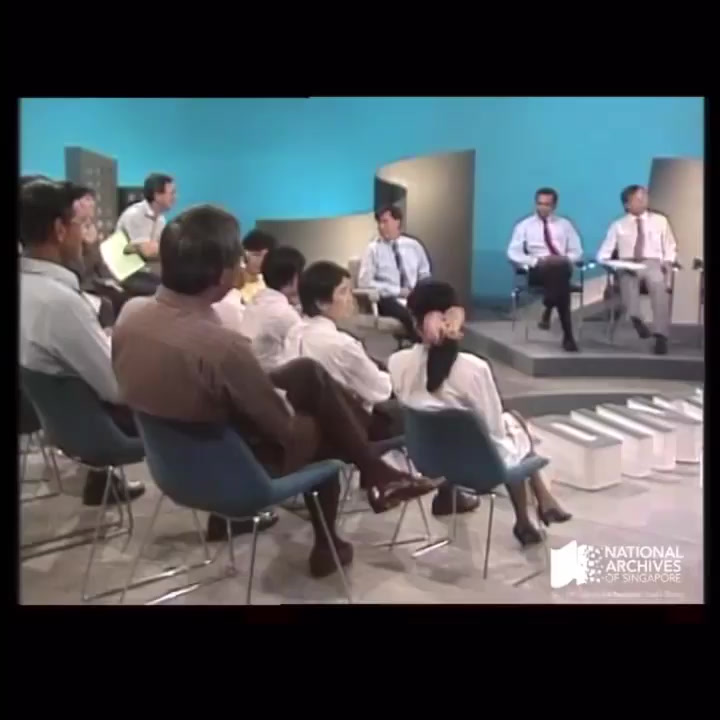 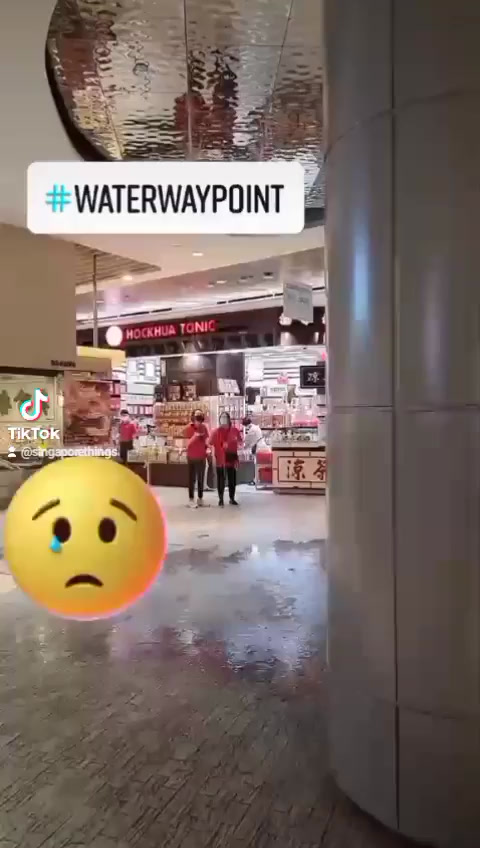 0
5
251
City Hunter
Nov 12, 2021
Healing The Divide sues SPH over article written by Salma Khalik
In Current Affairs
One of Singapore’s biggest media this morning rejected legal claims by a group of anti-vaxxers that it published false information about the coronavirus. Singapore Press Holdings said it would defend itself against a meritless lawsuit filed late last month by a group called Healing the Divide over an opinion piece by its senior health correspondent urging differential treatment of the unvaccinated. “​​We have received the legal notice. We believe that there is no basis for the application. We stand by our report and will defend this rigorously,” SPH told Coconuts today. The lawsuit was announced by the group yesterday, which said it filed it under Section 15 of the Protection from Harassment Act. “As the main source of information in this country, we feel that they have both a legal and moral obligation to present the facts regarding COVID-19 and the pandemic and we would like to hold them to account,” the statement read, adding that they were hoping the court would issue a correction order to SPH. It targets two statements based on widely supported understanding of the virus and seems more likely to win attention than impress a court of law. The group, with over 800 followers, said it was not suing the company for harassment but for “making false statements of fact” in the article Only fair to protect vulnerable in S’pore against Covid-19 spread by unvaccinated people written by Senior Health Correspondent Salma Khalik in August. In it, Khalik said those who are unvaccinated were not being fair and putting others at risk of contracting the virus, and that the government should not subsidize their treatment or insure them. They specifically pointed out two statements in the article: “Only fair to protect vulnerable in S‘pore against Covid-19 spread by unvaccinated people.” and “People who are not vaccinated face a much higher risk of getting infected and spreading the disease.” Both statements are supported by scientific consensus. The group did not elaborate on why it found them false. The group also did not identify the member who filed the lawsuit on Oct. 28. Healing the Divide did not immediately respond to a message from Coconuts seeking comment. In response to the group’s next steps, it said that “the wheels of justice turn slowly” and a pre-trial conference is set for the end of the month. On Sunday, the Ministry of Health announced that YouTube removed videos that spread misinformation about the vaccines from founder Iris Koh’s channel for violating the platform’s “medical misinformation policy.” She had also been suspended from Facebook previously for the same reasons. Koh responded to the news saying they are not anti-vaxxers but rather ​​”intelligent vaxxers.” On her site, she publishes rambling pieces filled with misinformation, such as last month’s reality-challenged entry “Can we POFMA Science?” As of Tuesday, 85% of Singapore has been fully vaccinated. https://coconuts.co/singapore/news/singapore-anti-vaxxers-sue-sph-for-not-being-anti-vaxx/ 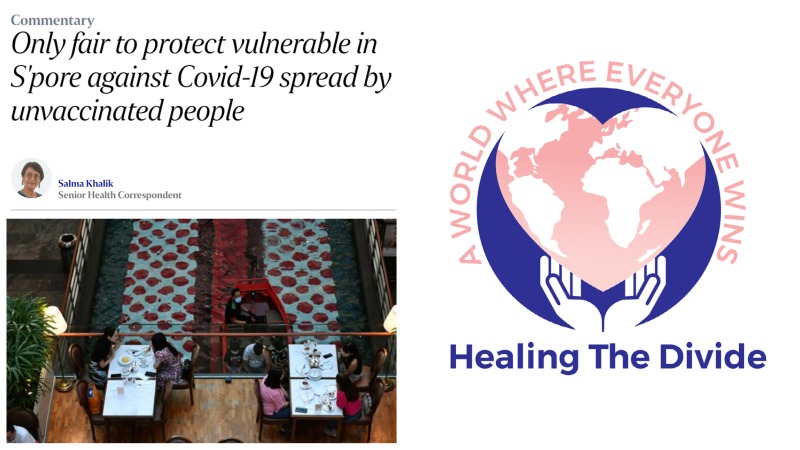 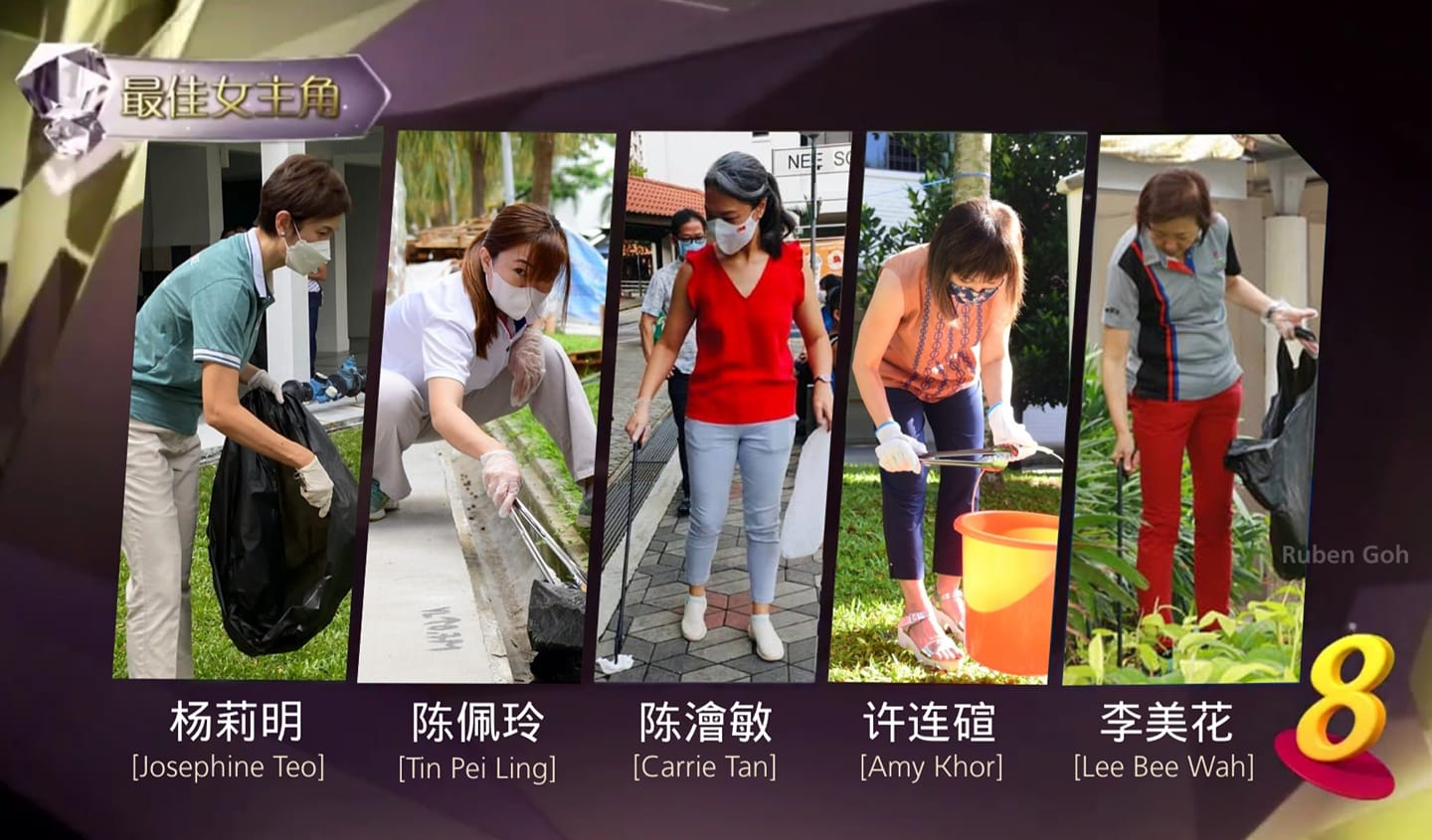 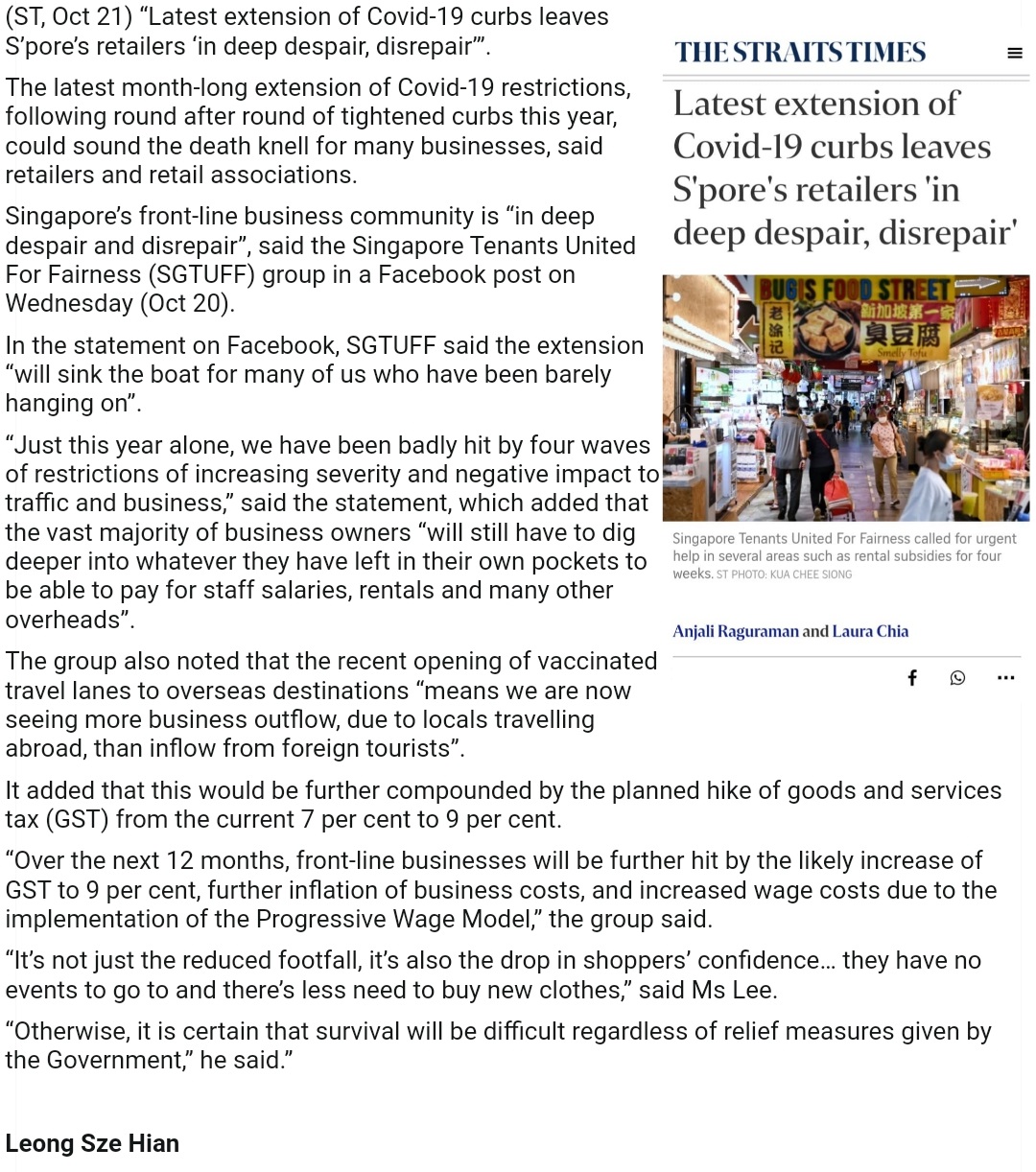 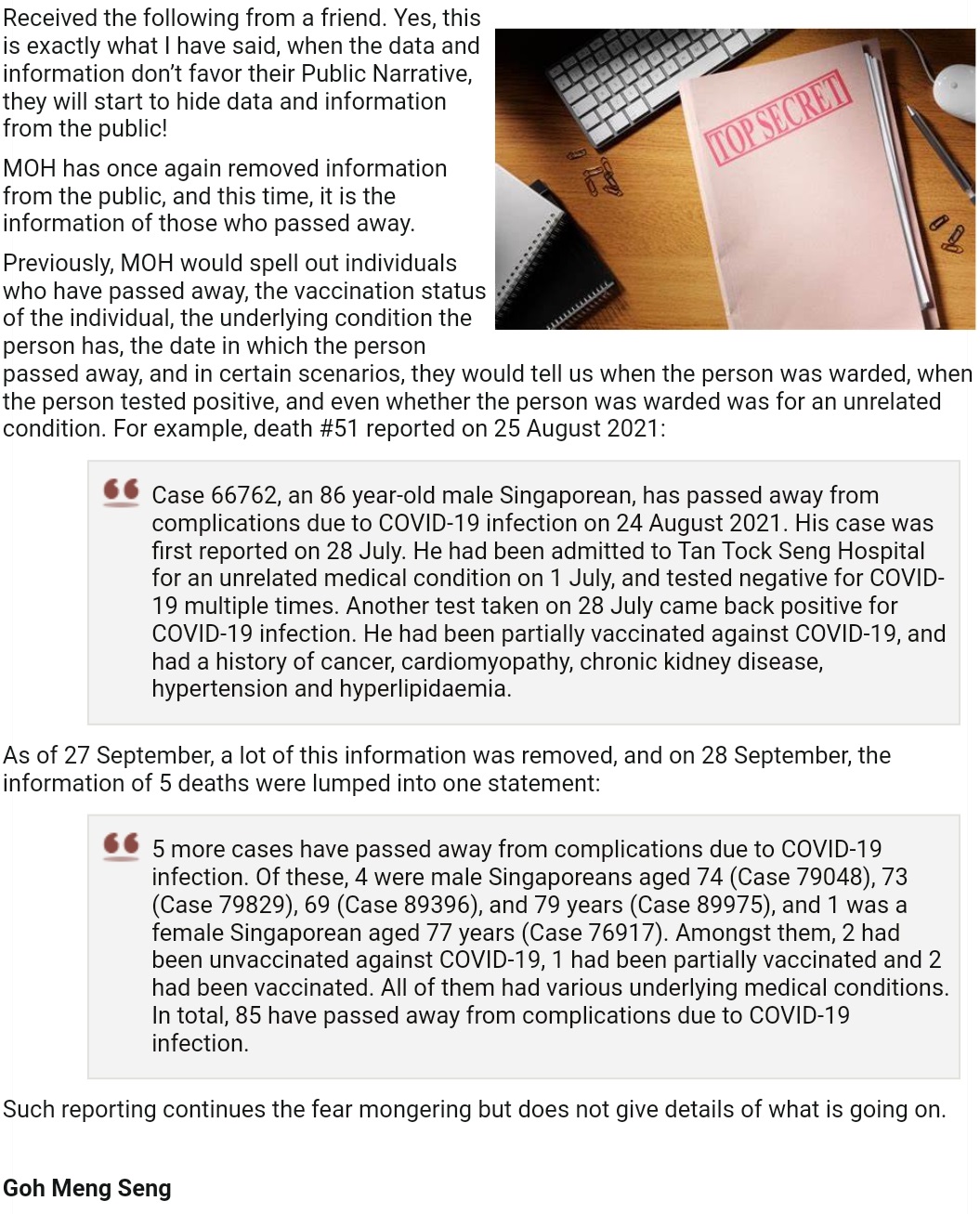 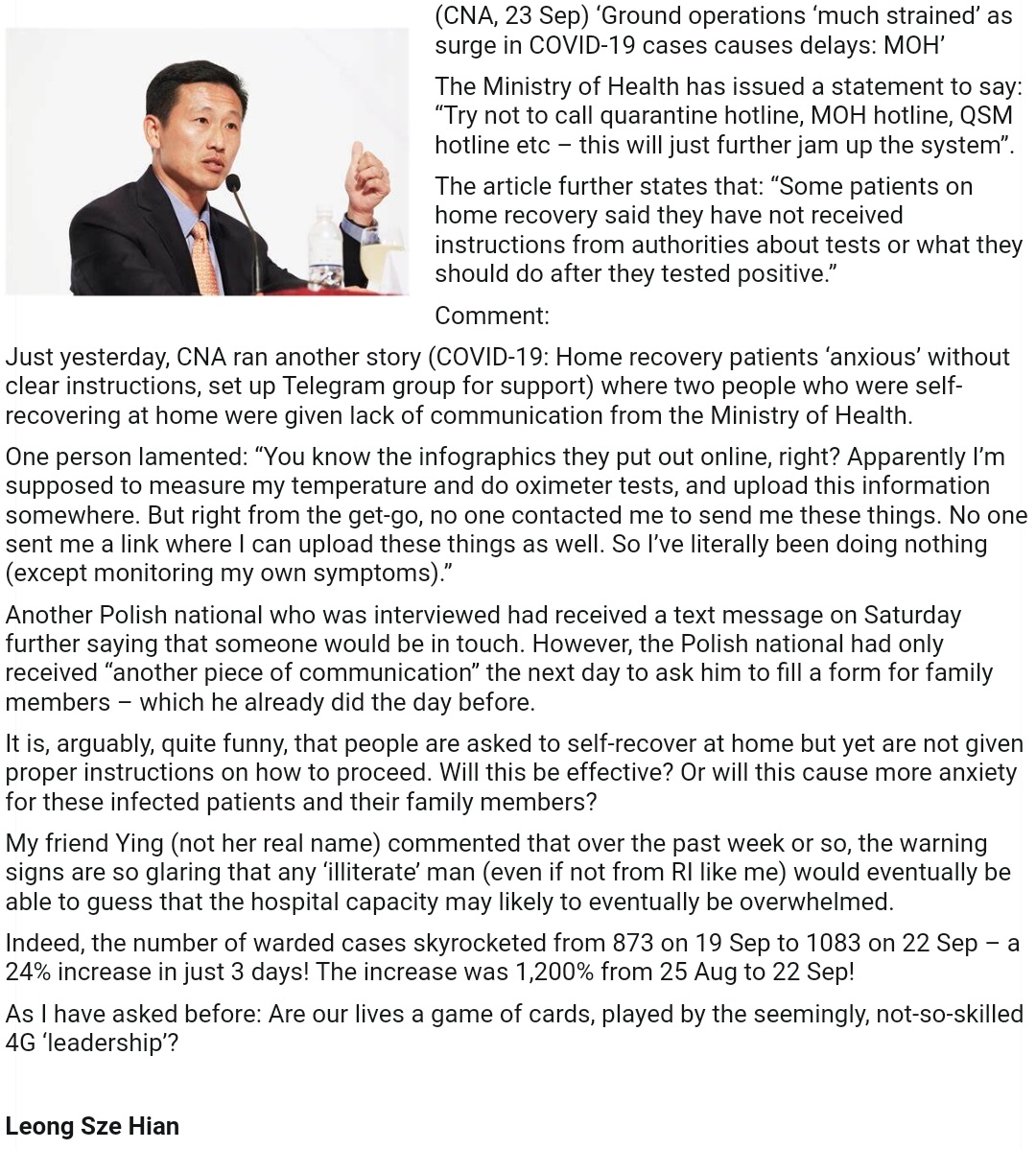 11
28
7k
City Hunter
Sep 24, 2021
Mentai-ya and The Social Outcast seeking $120K in compensation from Ishiro
In Chillin' In The Lounge
SINGAPORE — Two eateries claiming to have been the target of a campaign of negative reviews allegedly from a competitor have sent the suspected perpetrator letters of demand to seek compensation for defamation. Mentai-ya Japanese Cuisine, and The Social Outcast, a restaurant located at Turf Club, are each seeking $70,000 and $50,000 respectively in damages from Ishiro, a Japanese eatery. Speaking to Yahoo News Singapore on Friday (17 September), the owners of Mentai-ya and The Social Outcast confirmed that they sent such letters to Ishiro on 15 September and 16 September. They are asking for compensation for what they describe as “significant damage” to their business reputation and for “emotional and mental distress”. The letters of demand were sent by a team of lawyers – led by lawyer Clarence Lun – from Fervent Law Chambers which was engaged by the two eateries last week. Both letters, seen by Yahoo News Singapore, state that Ishiro had caused and/or allowed employees, including a Wen Bin and/or Deon Goh, to publish false and defamatory comments and reviews against the eateries through multiple accounts on Facebook and Google, which allegedly were set up using pseudonyms. According to Accounting and Corporate Regulatory Authority records, Goh is the director of OSEAS, the company that operates Ishiro. Accounts from Mentai-ya and The Social Outcast Mentai-ya’s owner, 34-year-old Khoo Keat Hwee said in a phone interview that its three outlets began getting one-star reviews on Google from May this year. While the eatery ignored the reviews at first, they soon accumulated, said Khoo. The poor reviews prompted him to apologise in a video uploaded on Mentai-ya’s Facebook at the end of June. But the bad ratings kept coming. “Every few days… every morning I wake up, oh another one-star review," Khoo said. Eventually he realised that the reviews came from a group of eight to nine users – the same users who gave five-star reviews to Ichiro. This made Khoo suspicious. The reviews, along with other incidents, said Khoo, prompted him to investigate. He claimed to have found evidence that implicated Ishiro. Khoo has made two police reports related to the matter. Another eatery discovered link through Mentai-ya He added that he discovered that other eateries, including The Social Outcast, which formerly had a hawker stall in Bedok Marketplace beside an Ishiro outlet, were also targets. The Social Outcast’s owner, 41-year-old Aminurrashid Hasnordin, told Yahoo News Singapore in a phone interview that he had learned of Ishiro’s alleged involvement through Mentai-ya only recently. For him, it started as a racial slur in the comments of a video featuring The Social Outcast on Facebook, posted in December last year, before the same person began to post bad reviews on The Social Outcast’s website and Facebook page. Due to business reasons unrelated to the alleged defamation, Aminurrashid decided to close the stall at Bedok Marketplace in May this year. He reopened The Social Outcast as a restaurant at Turf Club on 14 September. He learned about Ishiro's alleged involvement at about the same time. After Khoo published his investigation findings in a video on his Facebook page, Ishiro responded in a post on its Instagram account on 8 September, attributing the reviews to one of its employees who had dined at Mentai-ya. The post has since been removed. On 9 September, Ishiro posted an apology to “Mentai-ya and all businesses” on its Facebook page for the “harm these unfortunate events have caused”. It also apologised for its initial statement and added that it had no intention to defame competitors, doubling down on its claim that the employee had acted of his or her own accord. “Ishiro assumes full responsibility for our actions and we apologise for the unfortunate sequence of events that have affected our fellow counterparts in the community,” the statement added. Meanwhile, the bad reviews continued. Motivations behind sending letters of demand In addition to the sums demanded, both Mentai-ya and The Social Outcast asked for all the negative reviews to be removed and a public apology to be posted on Ishiro's Facebook page for four weeks and an undertaking from Ishiro not to publish further such statements. Asked why he decided on such a formal move, Khoo said the eatery’s sales had dropped by as much as 15 to 20 per cent from June to August. As for Aminurrashid, he wants to put a stop to the alleged harassment and send a message that harassers will not be able to hide behind their keyboards. Ishiro has also engaged legal representation In response to queries by Yahoo News Singapore, Ishiro confirmed that it had received the letters. Yahoo News Singapore contacted a person who identified himself as Ishiro’s listed owner, Deon Goh. Goh said that he has engaged a lawyer and “would be responding to the letter”. Asked what Ishiro meant by “taking full responsibility for its actions” on its Facebook post, Goh did not reply. Should Ishiro not comply with the demands within seven days, the two eateries say they intend to initiate court proceedings. https://sg.news.yahoo.com/thesocialoutcast-mentaiya-demand-compensation-bad-reviews-ishiro-104833175.html 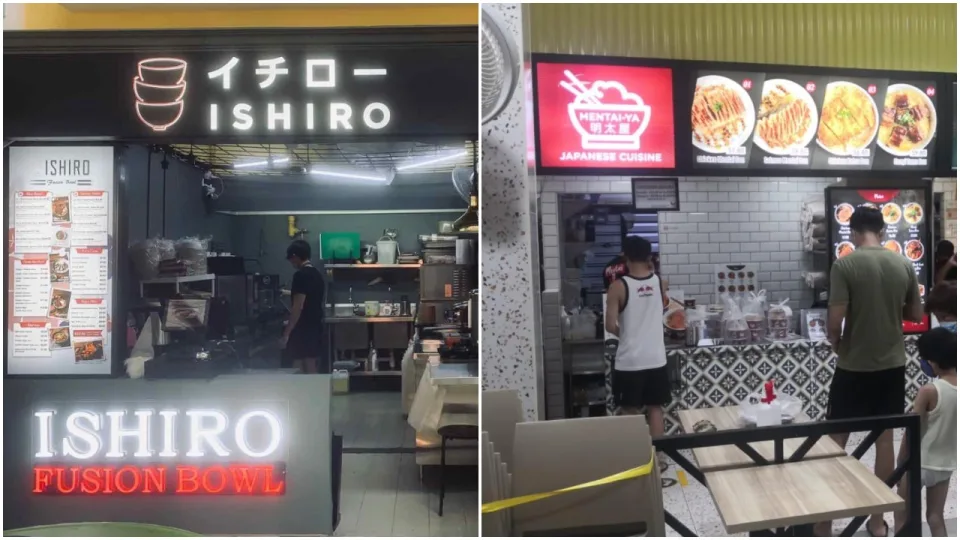 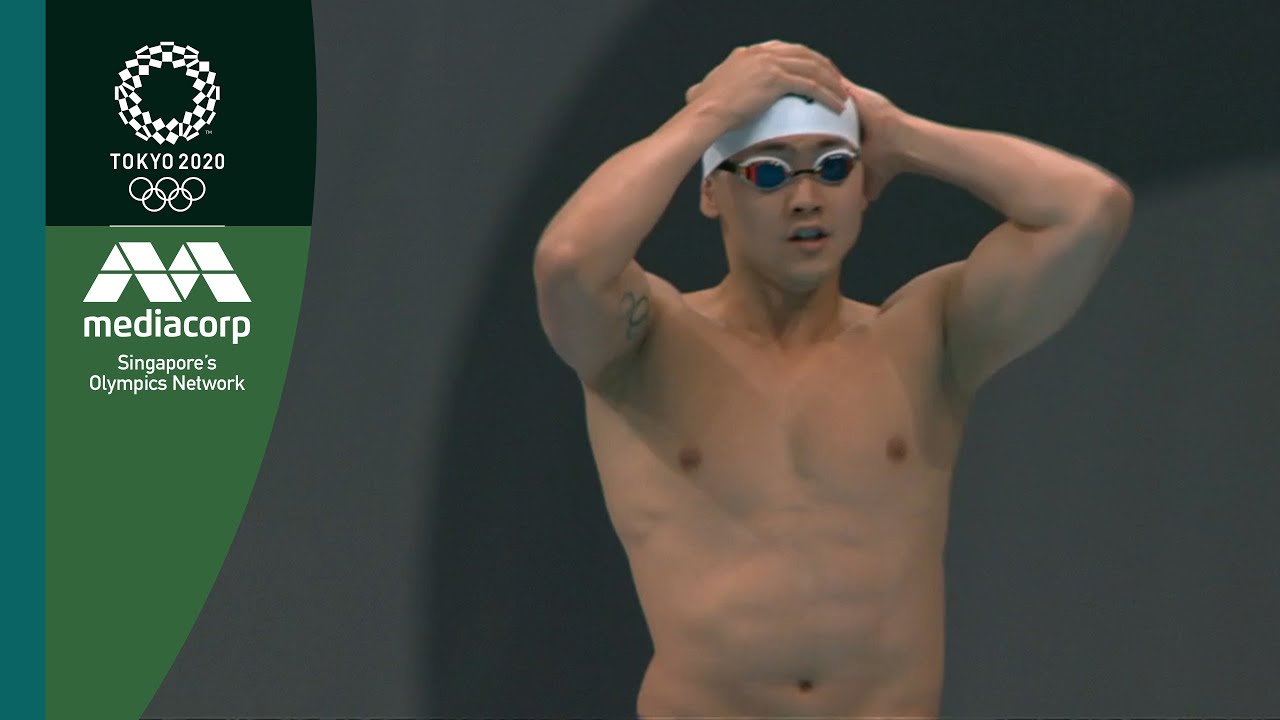 0
33
282
City Hunter
Jul 10, 2021
Parent who earns 4K SGD a month implores folks to think thrice before having kids
In Chillin' In The Lounge
Warning: this makes for a damn depressing read.

0
3
221
City Hunter
May 17, 2021
Jade Rasif's maid not quarantined despite having Covid-19; she herself got investigated for violating quarantine order that was never issued
In Current Affairs 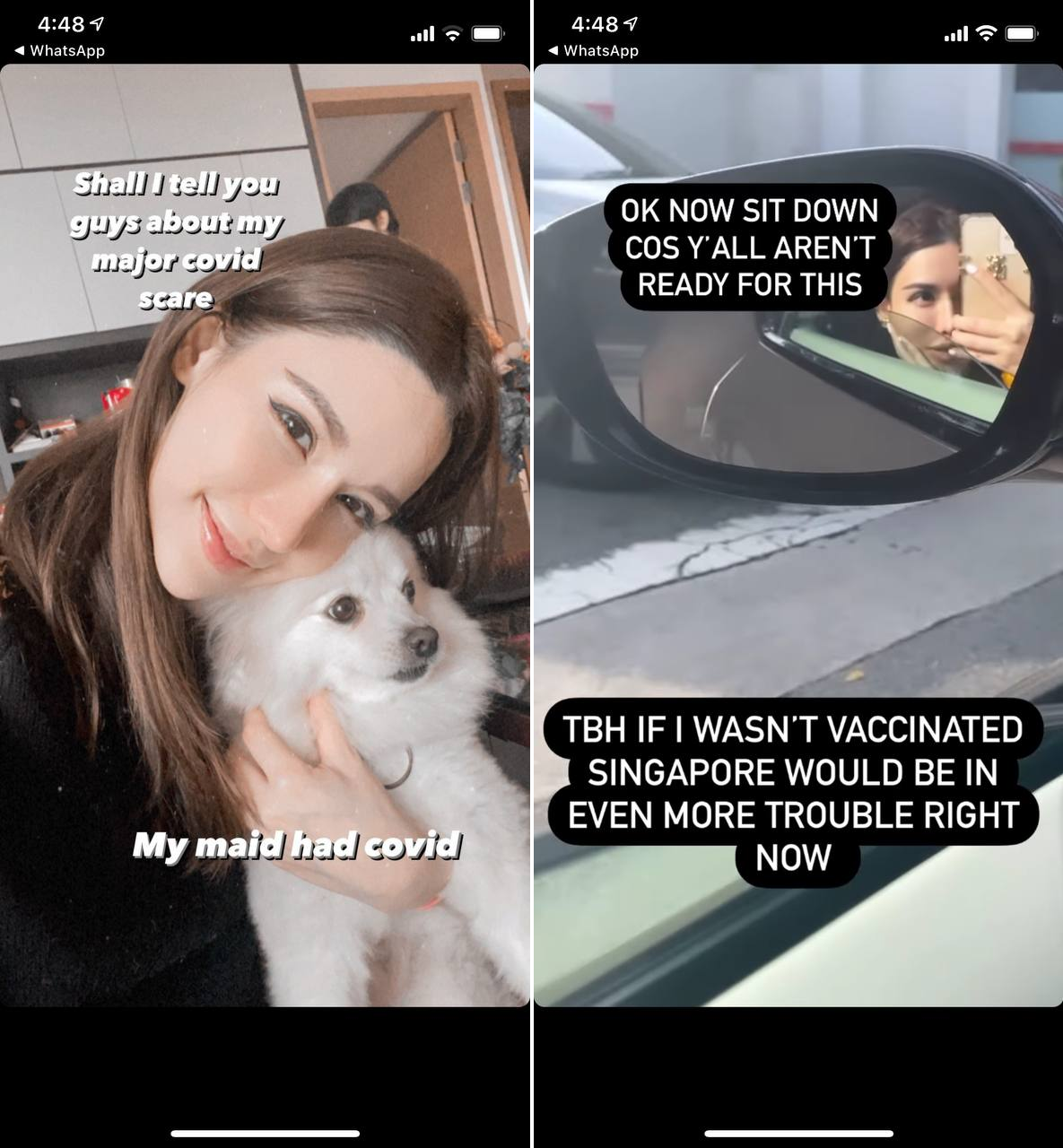 0
1
28
City Hunter
Feb 05, 2021
Vivian Balakrishnan should show contrition for TraceTogether foul up by stepping down!
In Current Affairs
Singaporeans wish to know what minister Dr Vivian Balakrishna meant when he iterated he would assume “full responsibility” with regards to the TraceTogether brouhaha. If he truly regrets what has transpired, he should come clean, apologise upfront and bow to Singaporeans before resigning. Only by doing so will he be deemed contrite. Simply saying that he “regrets” the “anxiety caused by his mistake” (without directly admitting fault) while still continuing to be paid millions just goes to show how empty his words (do these even qualify as an apology?) are. Will this be a repeat of the YOG incident where he came away unscathed despite the ginormous budgetary gaffe committed? 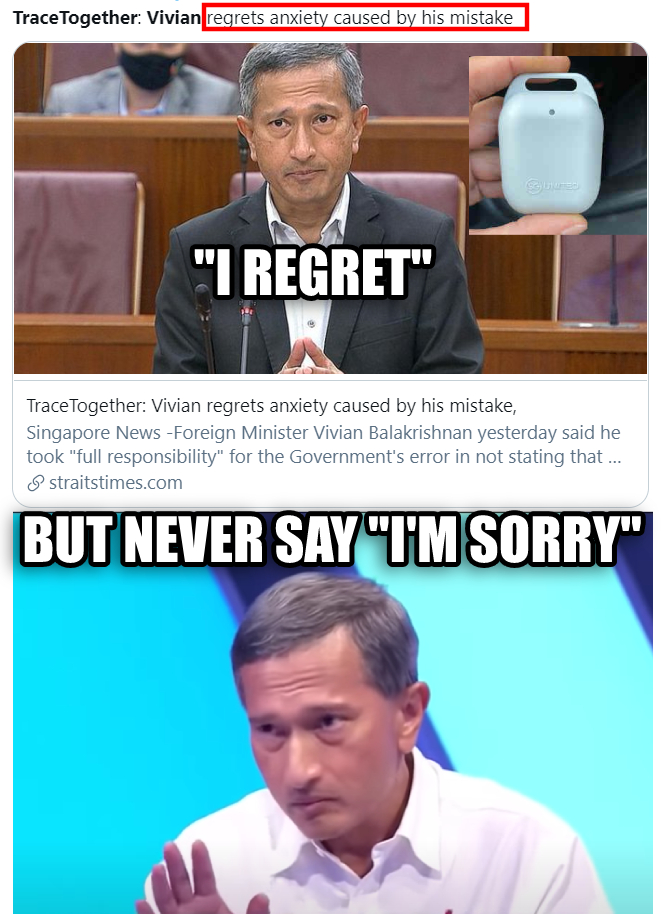 0
4
81
City Hunter
Dec 27, 2020
Nearly tripped over this on an upriding escalator at NEX earlier
In Chillin' In The Lounge

0
6
234
City Hunter
Dec 02, 2020
[Vid] Vindictive bitch smears hair of passenger sitting in front of her with chewing gum, then dips strands in unknown beverage
In Chillin' In The Lounge 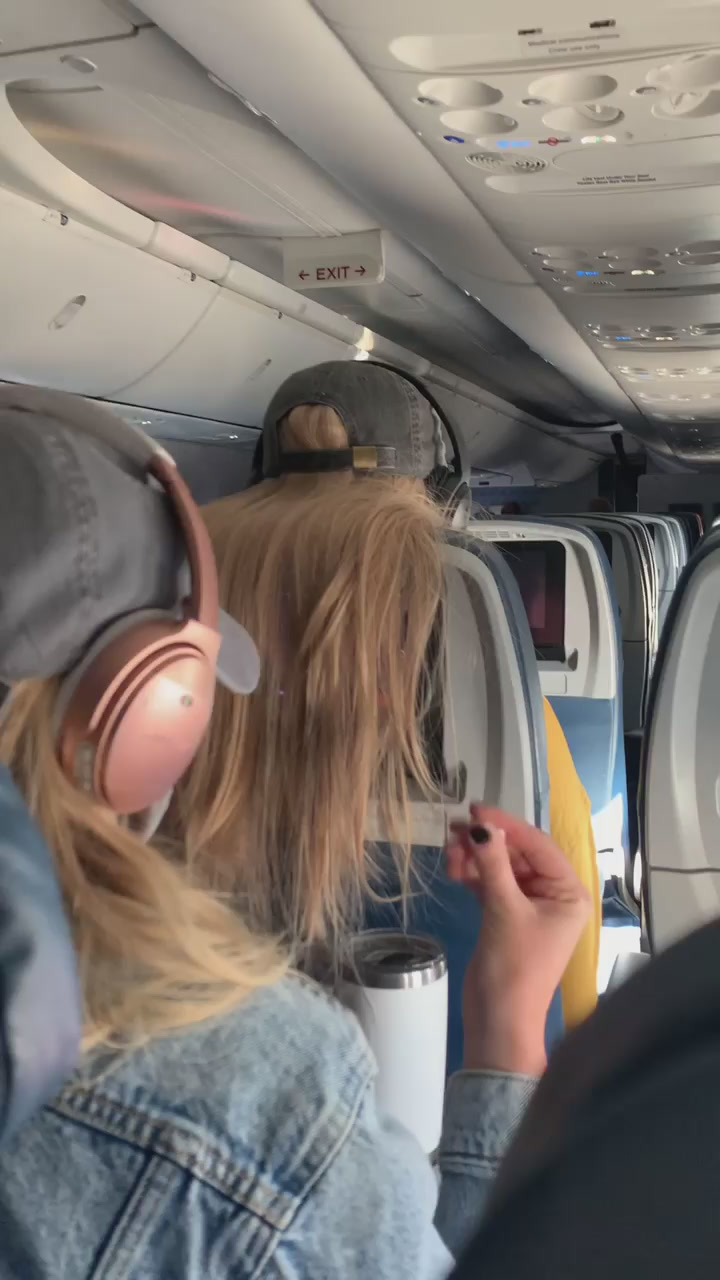 3
4
231
City Hunter
Nov 16, 2020
LeapVista, the folks who sent a cease and desist letter to youtuber Rishi has issued a statement.
In Chillin' In The Lounge
"We will defend it to our last dollar." 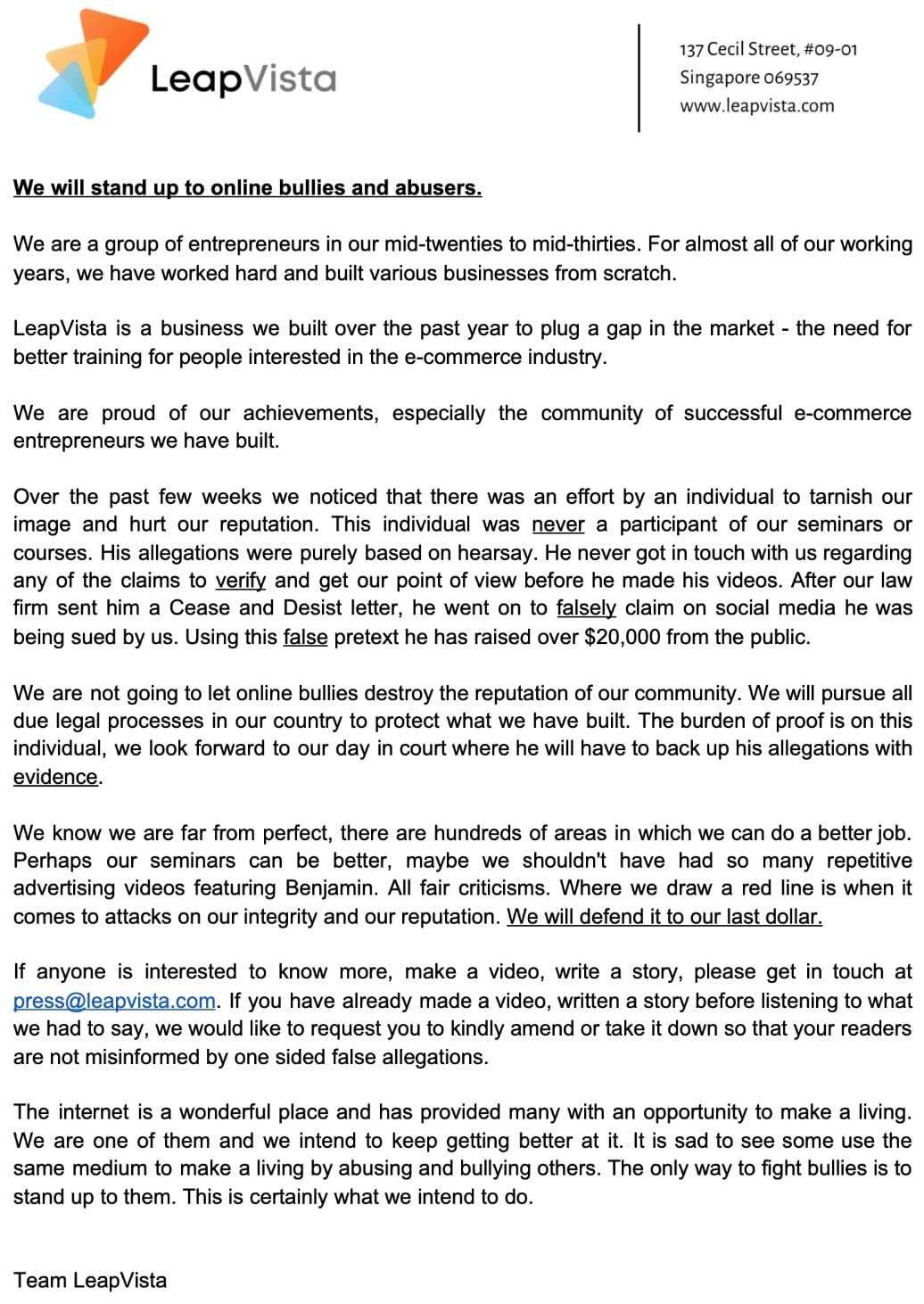 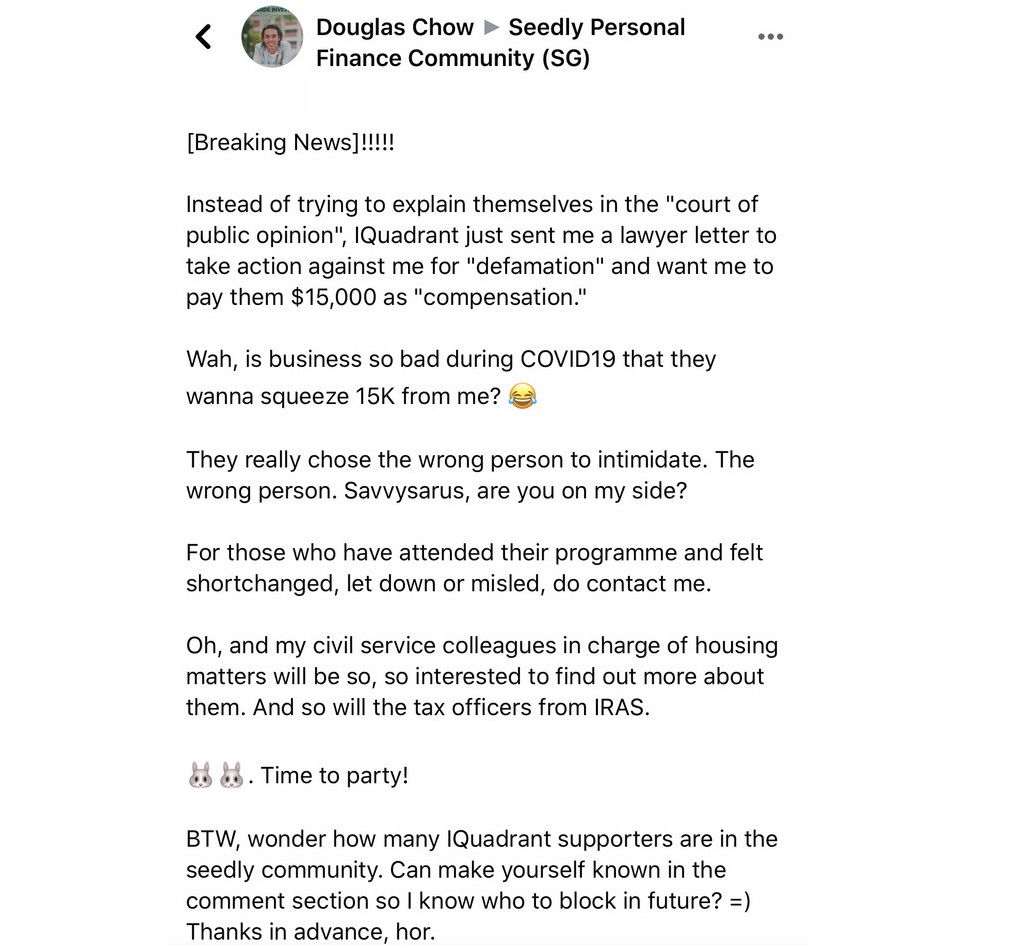